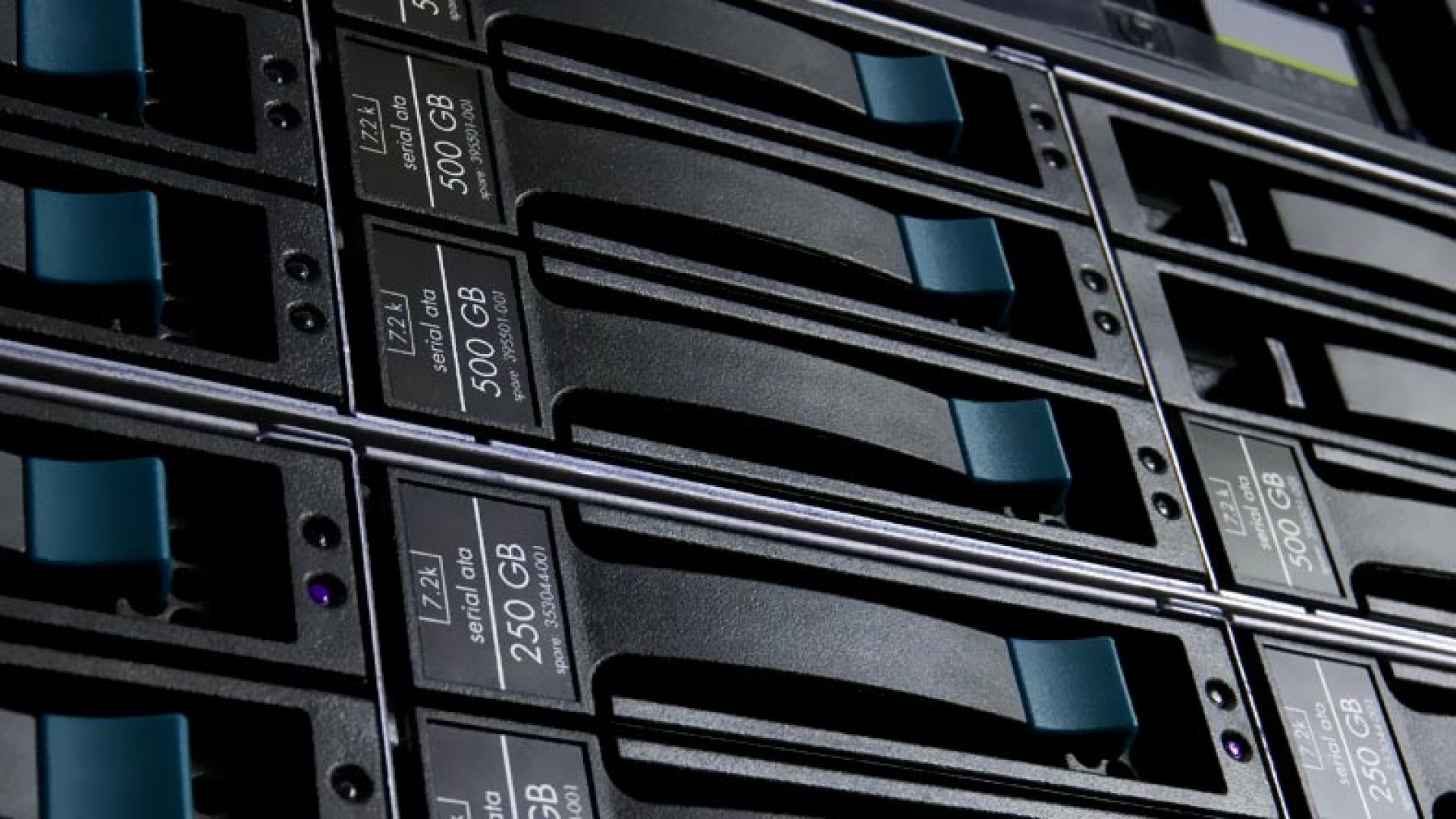 RIP (Routing Information Protocol) was one of the first routing protocols that hit the market, and still one of the easiest to configure.

RIPv1 is a classfull routing protocol and does not support VLSM’s or CIDR values and sends it’s updates as a broadcast message with a destination address of 255.255.255.255

RIPv2 supports classless address and supports VLSM and CIDR values. It sends it’s updates as a multicast messages and includes the subnetmask value in its updates.

In both cases RIP is a distance vector routing protocol and uses hop count as it’s metric value.

RIP sends its entire routing table information to its neighbouring routers every 30 seconds (default Update Timer). Since the updates are sent every 30 seconds no acknowledgement is needed from the receiving router to confirm it received the update and if it does happen to miss one it will receive the next one in 30 seconds.

If RIP does not receive an update for a route that has been learned from a neighbour within the Invalid Timer, which has a default value of 180 seconds (6 updates), the route will be marked as invalid and no packets destined for that network will be forwarded. The entry will however still remain in the routing table until the Flush timer has been reached (240 seconds by default), at which point the route will be removed from the routing table.

Cisco also includes a Holddown Timer, which allows the router to identify if a metric value has changed for a route that has already been learnt. This often happens when a link has failed and the router receives an old update from a router through another path. The router will then not accept any updates regarding that route until the holddown has expired (240 seconds by default) which will prevent old out of date information propagating the network.

To identify the default timers, you can issue the ‘show ip protocols’ commands from enable mode on a Cisco router (See diagram below) 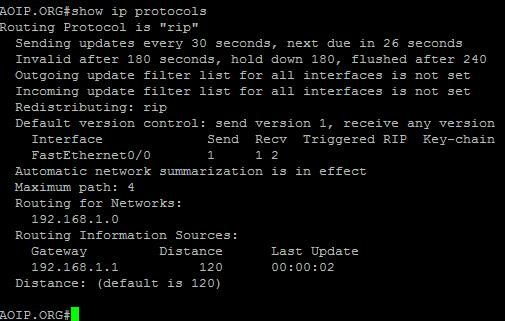 After looking at the routing table again ‘sh ip route’ you will see there is a new entry with a ‘R’ in front of it indicating it is a RIP entry. You will also notice the entry is for a network ‘10.0.0.0/8 [120/1]’ The reason it’s showing as a class A address is RIPv1 is classfull and doesn’t understand CIDR values which I have used on this network. It assumes that since the network address starts with a 10, it must be a class A address and shows it in the routing table as such. [120] indicates the administrative distance and [1] is the metric value for this route. After the route has been added to the routing table by RIP the ping is successful. 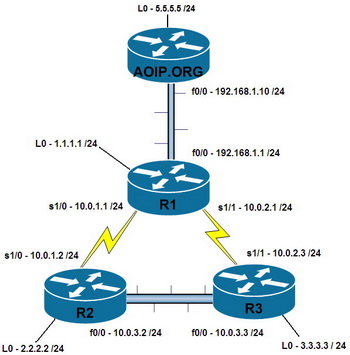 2 thoughts on “Configuring RIP on a Cisco Router”